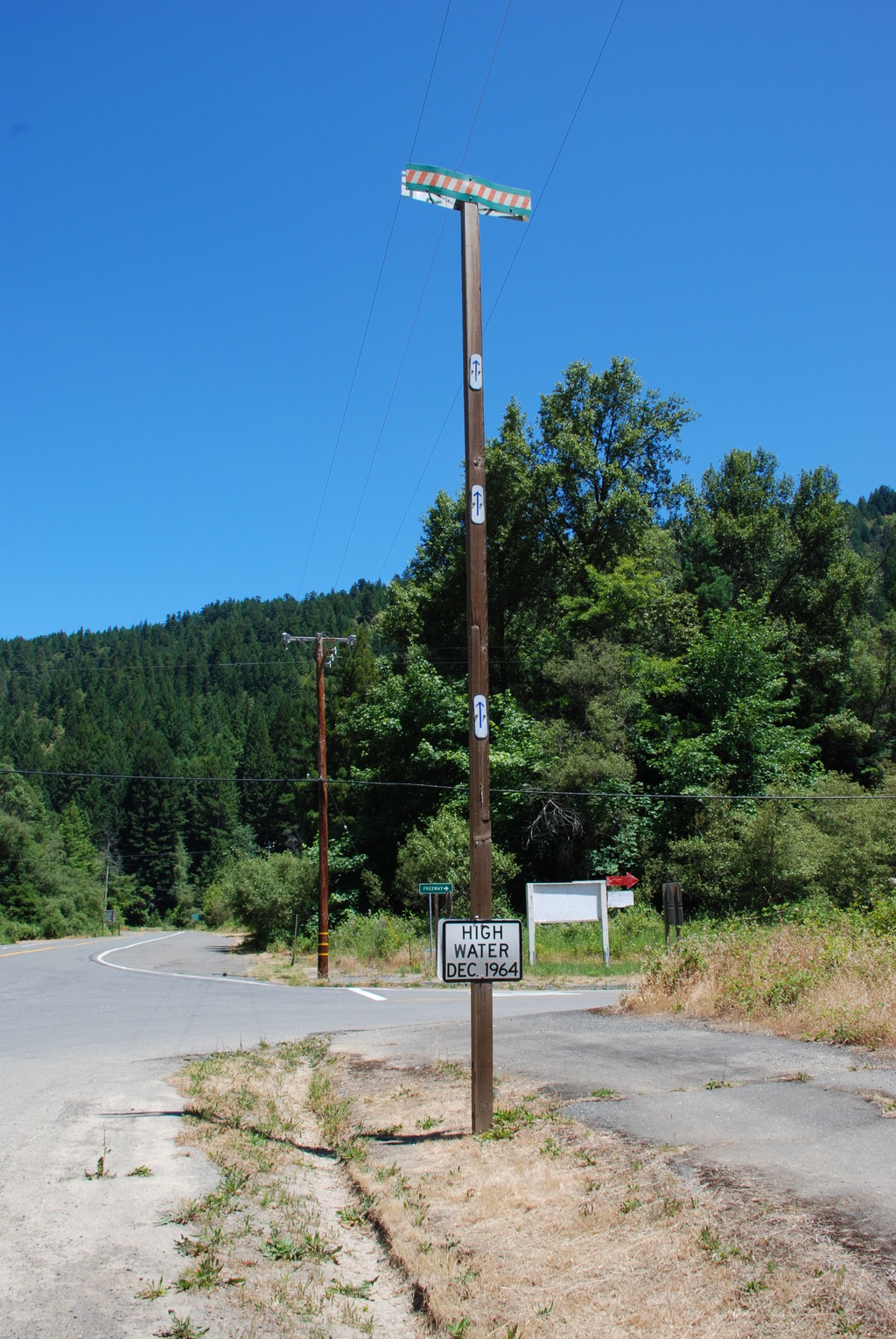 I drove partway down the Avenue of the Giants, in Humboldt Redwoods State Park. I thought I was jaded when it came to big trees, having lived in California more than a decade, but I was wrong. It's an awe inspiring drive. I didn't get to do the whole thing though, because there had been a mud slide and the road was closed to cars. That turned out to be ok, because I never would have noticed this sign otherwise. Once upon a time, there was a town named Weott. Meanwhile, up in the mountains, it snowed a lot. And then it rained a lot (81cm in three days) and all the snow melted. Weott found itself 10m underwater. There are still some broken sidewalks, but that's all that's left.